In the TV series Kim Possible, Shego is Dr. Drakken’s sidekick and is one of the show’s main antagonists. Shego appears frequently in the series and also acts as a mercenary for some of the other villains.

Shego first appeared in the Kim Possible film in 2019, and even though her persona is a little scary, she is actually one of the few antagonists in the series who has a moral compass.

If you want to dress up like Shego for a costume party or Comic-Con event, you’d better like bright green and black because those are the only colors that are present in this costume.

Shego is an antagonist but has morals as well, and this is demonstrated regularly throughout the Kim Possible series. For instance, she has concerns over cruelty to animals and even refused to steal a wheelchair from a handicapped child, even though she puts those feelings aside in certain circumstances.

She wears a bright lime-green and black costume that consists of a skin-tight jumpsuit and a leg bag attached to the bottom part of her leg.

Shego is an interesting character that many viewers love simply because she isn’t a totally hateful character. In some ways, she is an enigma, but she can still be trusted to provide the audience with a lot of exciting action.

The jumpsuit costume is made out of spandex and comes with matching gloves, a leg bag, and shoe covers, which run from the knee area to the top of the shoes.

One thing that you’ll notice about the costume is that there is one green glove and one black glove, as well as shoe covers that are the same two colors. 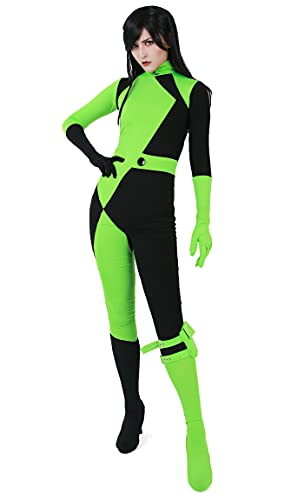 miccostumes Women's Shego Bodysuit Jumpsuit with Gloves and Leg Bag Lycra Cosplay Costume (Women m) Green, Black Check Price
We earn a commission if you make a purchase, at no additional cost to you.

Many people also buy a long black wig because the character of Shego has long dark hair. The costume often includes the belt as well, and if you stick with a manufacturer that sells officially licensed costumes, they’ll look just like the costumes used in the television series down to the last detail. 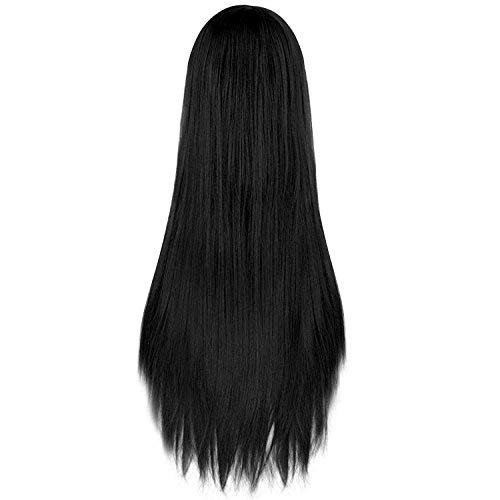 Rbenxia 32'' Women's Cosplay Wig Hair Wig Long Straight Costume Party Full Wigs Black Check Price
We earn a commission if you make a purchase, at no additional cost to you. 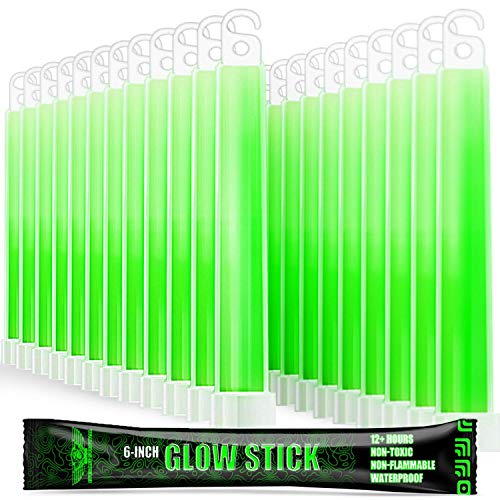 The Shego costume is easy to find, especially if you visit online costume stores, and shouldn’t cost you a lot. It comes in numerous sizes and is made out of high-quality materials. 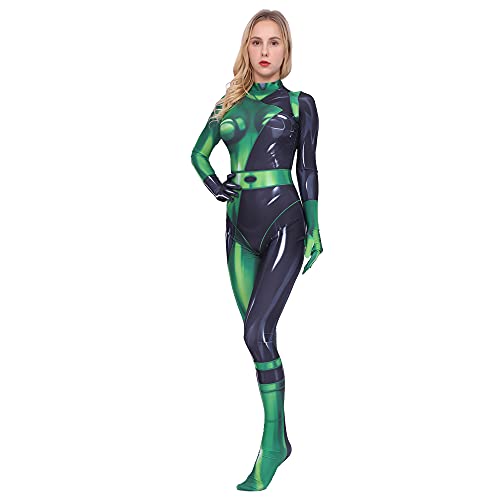 shego cosplay costumes for women kids kim possible costume Super Villian Halloween Outfit Bodysuit Check Price
We earn a commission if you make a purchase, at no additional cost to you.

If you’re going to Comic-Con or a Halloween party and you’re a fan of the Kim Possible series, dressing up like Shego is a great idea.

It is a fun costume to wear that is also very comfortable, and the bright green-and-black design is certain to attract attention. If you love dressing up as a bad guy with a heart, Shego is a great choice because she can be lovable one day and evil the next.