Ghostface from the Scream movies is recognizable even by people who have never seen the movie. Based on the painting known as The Scream by Edvard Munch, the character is downright frightening, but the costume for this character is very easy to make if you’re looking for an instantly recognizable costume for your next Halloween party.

It consists of the Scream mask and a Grim Reaper costume, plus a few accessories that are easy to find, so regardless of what you need a great costume for, this is the perfect one to choose if you are in a hurry but still looking to make an impression.

Ghostface actually represents several different characters, so it isn’t just one person donning the mask in the series of movies. The movies take place in the fictional town of Woodsboro, California, and are the creation of horror king Wes Craven.

In the movies, several characters are going around killing people but they all use the infamous mask so even the audience isn’t always sure who they are.

Numerous actors have played parts in these movies, and the character often uses a voice changer in order to confuse his victims even further. The mask and voice changer make the character rather unique because they are unlike the items used by other horror villains.

The good news about the Ghostface costume is that it is easy to find and affordable, so you can find it without breaking the bank.

Ghostface first became a familiar character in the year 1996 and today is one of the most recognizable characters of any horror film.

To get the most realistic Ghostface costume, you’ll need the following items: 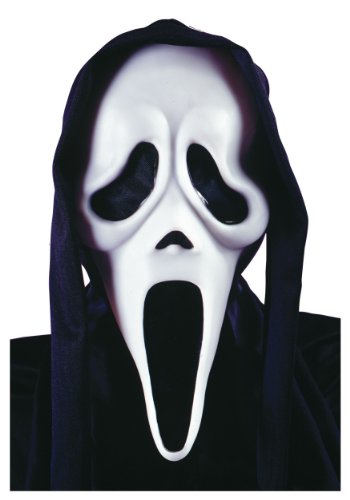 Lugz Men's Convoy Lace-Up Work Boot Black, 14 Check Price
We earn a commission if you make a purchase, at no additional cost to you. 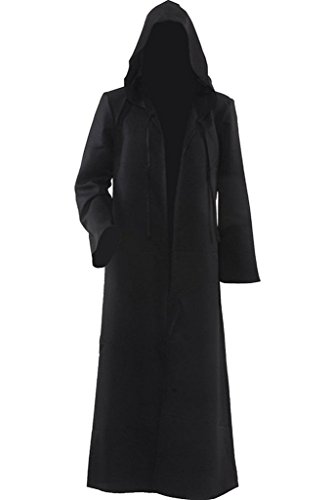 H&ZY Unisex Tunic Halloween Robe Hooded Cloak Costume Black Check Price
We earn a commission if you make a purchase, at no additional cost to you. 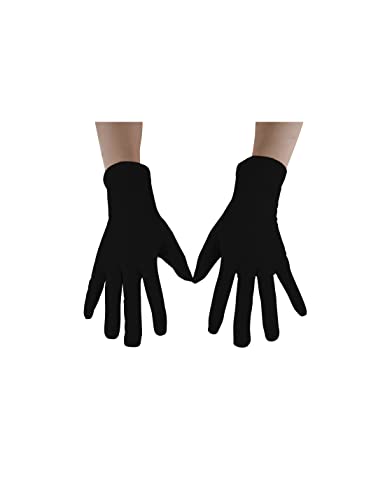 Seeksmile Adult Spandex Gloves Wrist Length Halloween Cosplay Costume Glove (Free Size, Black) Check Price
We earn a commission if you make a purchase, at no additional cost to you.

Star Power Halloween Weapon Fake Rubber Knife Black Grey 10 in Check Price
We earn a commission if you make a purchase, at no additional cost to you.

Naturally, the voice changer isn’t required for the Ghostface costume, but it certainly lends a lot of authenticity to the outfit. The same is true for the fake blood, which looks amazing when sprinkled over the mask and on the Grim Reaper outfit. Scaring your friends and others has never been easier, and the costume is also a lot of fun to wear. 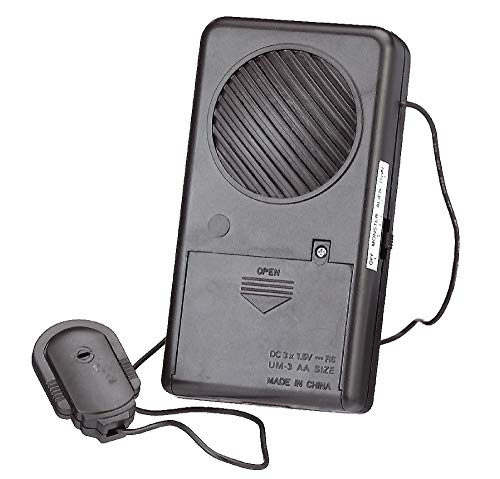 Scary Halloween Voice Changer | Black | 1 Pc Check Price
We earn a commission if you make a purchase, at no additional cost to you. 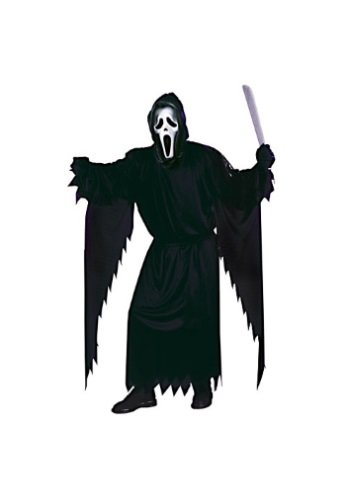 Adult Scream Costume Standard Check Price
We earn a commission if you make a purchase, at no additional cost to you.

Because there are numerous characters wearing the Scream mask, you and your friends can all dress up like this to attend your next costume party because let’s face it; there is no such thing as too many Scream characters.

Other attendees will have a great time guessing which person is representing which character, making the party a lot of fun for everyone.

The iconic mask worn by the characters in the movie immediately gets reactions from people, and your friends are certain to know exactly who you’re representing as soon as they see you. The costume is easy to put together and usually comfortable, especially if it’s made by the right manufacturer.